Amy Mahaffy's passion for jewelry design has taken on a knightly aesthetic. When working in her home studio, constantly checking her bench for cat hairs, Mahaffy threads together a bevy of unique pieces. The Wyoming-based designer's focus is mainly a mixture of wire crochet, chainmail, bead weaving, and Viking knit styles. Mahaffy will be showing her techniques in creating these pieces during the next Pop Up Maker’s Place event at Blue Doors Arts during Cheyenne Artwalk on February 13th.

“A lot of it is like a puzzle, especially the chainmail jewelry,” she said to WyomingNews.Com. “It’s something I’ve always been interested in – medieval history and chainmail armor, in particular … To be able to translate that into something pretty that you can wear every day has always been fascinating to me.”

When Mahaffy started making jewelry back in 2009, she became enthralled by the practice during a project night hosted by a friend of hers. Her infatuation in the craft became so great that she stayed at the event until 11 p.m. After only six months of buying supplies and readying herself, she founded Jewelry by AmyKatt. Mahaffy later got a booth at a craft show through some friendly connections and has been learning more about jewelry design with YouTube tutorials and Pinterest inspirations. She also went to Laramie County Community College for two semesters and picked up some new tricks. 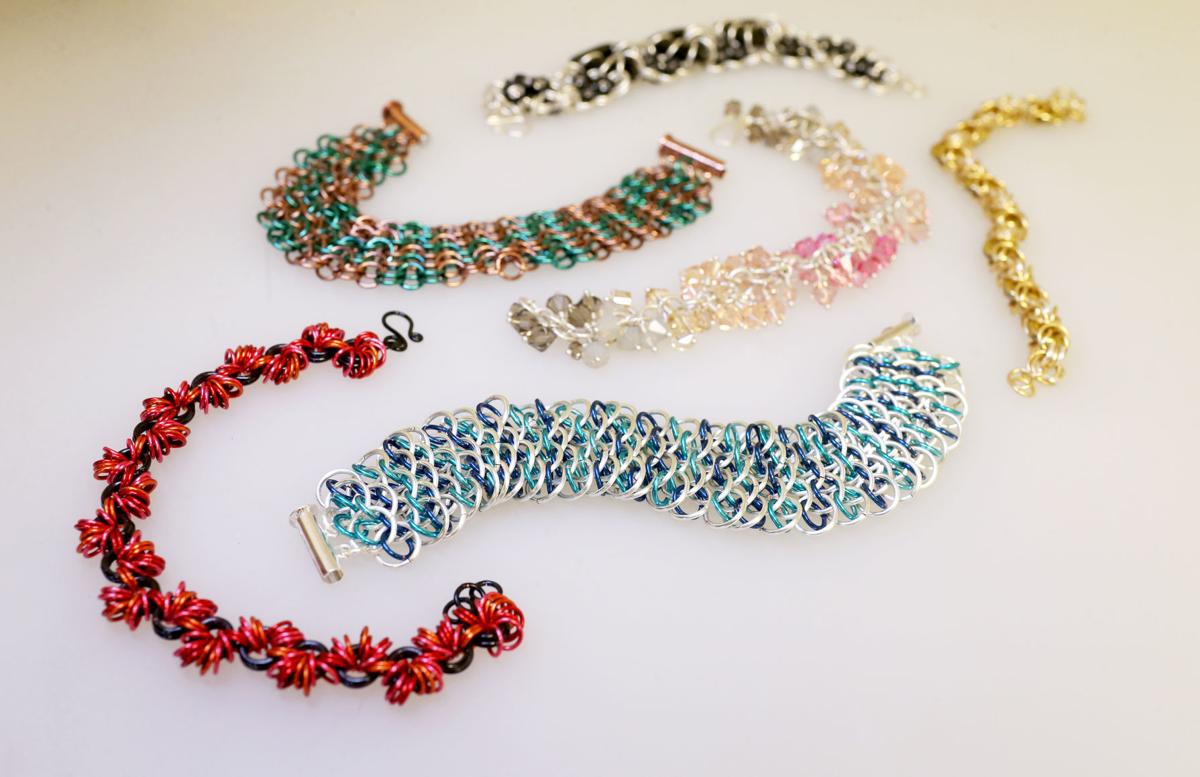 “I like taking something and making it into something a little more playful, adding unexpected elements to it,” said Mahaffy, who often prefers an elegant design rather than following trends. “I like doing things that play with the color to make a pattern – essentially color blocks that create a design.”

While she enjoyed crafting the jewelry itself, she wasn't entirely sure about entering as a vendor into public events. “I’m somewhat introverted, but I like that part of it because I’m talking about something I love,” said Mahaffy.

However, Mahaffy's love for jewelry design and crafting has been quite a peaceful endeavor. “Making the jewelry is really relaxing,” she said with a smile. “It’s almost like meditation.”