The World Diamond Council has officially found new presidential leadership in industry veteran Edward Asscher. The council is a group within the industry itself that is representative of many that are for the Kimberley Process Certification Scheme (KPCS). The KPCS is a system that has been made to ensure that shipments of all diamonds are "free of conflict." Each country involved (48) works to bring legislation towards these issues.

Asscher will be taking over for Stephane Fischler. After Andrey Polyakov of Alrosa resigned from the position, Fischler came aboard to lead the way in 2017 and served his two-year term.

Asscher was the vice president of The World Diamond Council, and was properly inducted into his presidential status during a virtual board meeting on June 5th. He had been the president of the Liberal Party in Amsterdam as well, serving in a senatorial capacity in the Dutch Parliament from 2007 to 2011. He has also had previous experience in leading the council from 2014 to 2016. Asscher had run his family-owned diamond business for 50 years before retiring last month.

The World Diamond Council saw fit to elect its first female vice president as well. Feriel Zerouki is the senior vice president of international relations and ethical initiatives at the De Beers Group. After Asscher's two-year term is finished, she will take over as president in 2022. The new WDC treasurer and secretary were found as well, naming both Ronnie Vanderlinden and Udi Sheintal for their respective position. 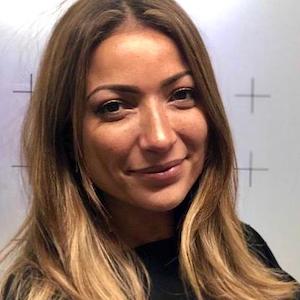 According to a statement given by Asscher: “I am honored to be able to serve once again as WDC President, and to head a body whose entire purpose is to protect the integrity of the natural diamond, and also that of the industry that mines, manufactures and sells it, enabling all stakeholders to gain maximum benefit from revenues generated, especially in the developing world.”

“The past three years have been a highlight of my long career in the diamond industry," said Fischler in the same statement. "They have reconfirmed my belief that as a business community we have the capacity to positively change both people’s lives and livelihoods at the grass-roots level.”