US-Based Jewelry Designer On Her Typical Workflow, Materials And More!

In an interview with GoldenAgeBeads, Tara Klingenstein-Meyer discusses her time as a jewelry designer and more.

When Klingenstein-Meyer was asked what her typical day is like as a jewelry designer, she said, "OH GEEZ, my days are crazy because I’m a little bit of a control freak and want to do everything myself when I can.  I’m not much of one for monotony so it’s good that each day unfolds differently… and lots of times not really how I expected or planned. I start the day with COFFEE… ALWAYS!!!  I look at and answer emails first while I enjoy cup #1.  I work from home so I’m lucky enough to do this on my couch.  Then (with cup #2), if I need to order any supplies online I do that next early in the day so they’ll ship out that same evening.  I often need my supplies quickly. Then I move on to the real work.  Most days it’s physically making pieces for store orders or samples for large retailers and/or my showroom.  Other days it’s packing and shipping, invoicing, designing, making linesheets, photoshoots, and whatnot. Things pop up in between all that (ex. prepping for a last minute request to be part of a photoshoot for a magazine) and I fit in extra work in between the planned tasks for the day.  I’m pretty good at multi-tasking and that’s an important skill when running your own small business." 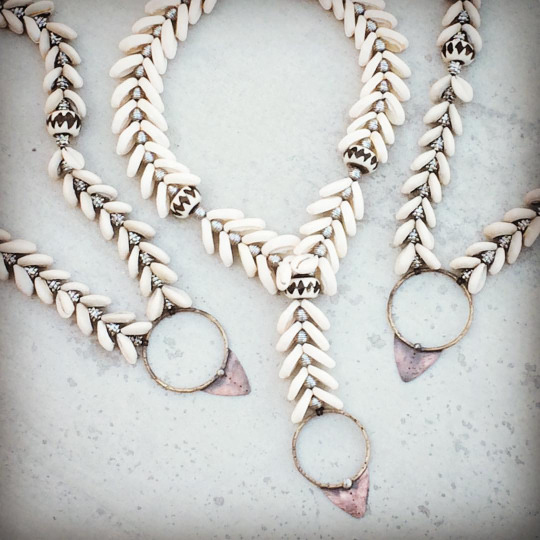 "I worked at an import bead shop in college and one of our tasks was to string beads that customers bought if they wanted them made into jewelry on the spot.  I learned some simple wire wrapping working there too," said Klingenstein-Meyer about what led her to making jewelry in the first place. "Fast forward to YEARS later I started picking my beading up again when my husband travelled for long periods of time to keep me from focusing on missing him.  As people around me started complimenting my pieces it made me want to be able to do more, specifically I wanted to learn how to solder so I could REALLY complete my jewelry. Soon after this realization, I met a girl in the cabana next to us in Cabo that was a metalsmith in Northern California. She allowed me to pick her brain for about two hours and after that talk, I knew for sure I wanted to go to jewelry school. I signed up for the school she suggested in San Francisco (because I lived in Los Angeles) and completed the intensive program at Revere Academy of Jewelry Arts a few months later." 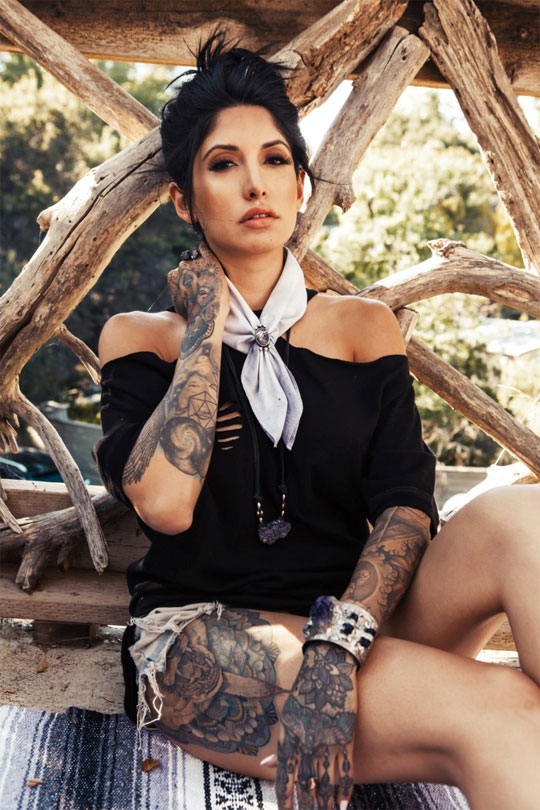 When asked about her favorite materials to use in creating her pieces, Klingenstein-Meyer said, "Silver and gemstone cabochons.  Right now I’m into turquoise, moonstone, labradorite and opal. My gemstone preferences change with time and seasons.  I’m not super girly in general but like most girls I just really like pretty things, so if I see it and it catches my eye just because it’s PRETTY, I’ll buy it and hold onto it until I have a good use for the stone. I like working with silver the most but I often mix other metals with silver to make pieces more affordable to the end customer.  For instance, when I make bezels, the bezel itself will be sterling or fine silver but I’ve been using a lot of brass or bronze back plates because it’s not seen when worn and is much more affordable than if I made the entire piece out of sterling silver. I’m also really into white copper metal clay.  It’s silver tone in color so it can be mixed with sterling but again, more affordable than silver."