Swiss-born Armin Zogbaum is a photographer of worldwide renown. He has worked with brands such as Chopard, Louboutin, and more to achieve an aesthetic all his own. In an interview with The Eye Of Photography, Zogbaum discusses his maturation into the artist he is today and more. 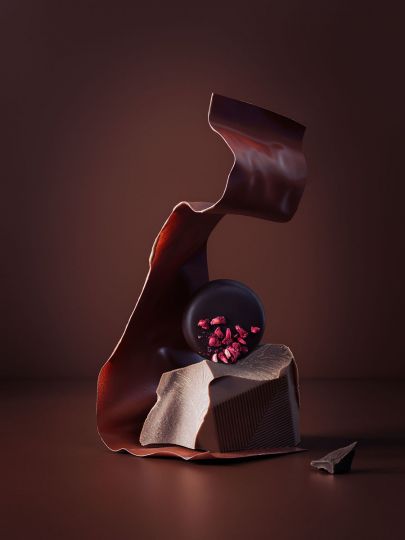 When asked how he transitioned from being a chef, then a stylist, then a photographer, Zogbaum said, "All my metamorphoses have always been fluid. After a couple of years as a chef, I became head of kitchen, and then I thought: from now on, life will be on repeat. So I quit – and from that point on I wrote cookbooks and editorials as a food journalist. During this time, I came into regular contact with professional photography and was soon styling all the food shots myself. Countless magazine articles and 15 cookbooks later, I became obsessed with interior design and went on to make a name for myself by designing and styling countless interior editorials and advertising campaigns. With that skill, I traveled the world – and discovered by chance the magic of large format cameras during an assignment in Bali. Infused with enthusiasm, I decided to focus professionally on photography. I bought a SINAR – the “Rolls-Royce” of all large-format cameras. I was in heaven. There was an unbelievable amount of things to learn, which is very hard to imagine today, in the age of the iPhone, and I absolutely loved it.

"Being a chef laid the foundation for everything that was to come: Discipline, creativity, and sensuality – there is probably no tougher school than Michelin-star gastronomy. By the way, the artist Julian Schnabel, whose paintings I absolutely adore, was a very good chef himself, before pursuing a career as a painter."

Zogbaum was then asked which project has been his favorite thus far, having worked with so many brands and artists like Alexander McQueen, Van Cleef & Arpels, and Louis Vuitton. "I absolutely can’t tell you that," he said. "My favorite project is always the one I’m currently engaged in. I’m not interested in the past. A photograph is not just a frozen moment, but also tied to the time of its creation. Like fashion and music, photography’s appeal reflects the zeitgeist and is constantly changing. What inspires or irritates today may no longer evoke emotion tomorrow. In the best case, applied photography becomes records of the time or milestones of artistic perspectives. With digital photography and the rise of social media, the lifespan of pictures has been shortened dramatically. Never before in the history of mankind have images been consumed faster and in greater masses than today.

"My fondest memories are the personal encounters I make on my travels, and the often adventurous stories associated with them. What I love just as much as photography are the journeys that come with the assignments. By traveling, I don’t mean visiting a country as an observer and reading up on the tourist attractions in a guidebook. Creating something new, together with a team, in a foreign cultural environment – that’s what interests and excites me.

"My first encounter with Christian Louboutin was also quite funny. I was on my way to a meeting for his shoe label, but couldn’t find the address. By chance I spotted Christian on the street, so went up and spoke to him, laughing, and he showed me the way. After that, he gave me complete creative freedom for the project.

"I’ll also never forget my shoots in Moscow, back when Russia was still considered the Wild East. I was paid in cash as there was no way to transfer the money to my bank. My agent gave me lots of tips in case I got arrested for currency smuggling. But she said that if I followed her advice, it wouldn’t be a problem at all."

Information originally sourced from The Eye Of Photography.

“Save The Wild” Is A New Eco-Friendly Line By Tiffany & Co.

Jewelers of America has recently announced more detailed explanations for...