Swarovski is quickly approaching its 125th year in business with a new environmentally-friendly plan for this modern era in retail. The Austrian brand is often known for its precision-cut crystals, jewelry, and more with headquarter in Wattens, Austria. The company focuses on using clean energy sourced to manufacture any of its products. According to Swarovski CEO and Chairman of the company's executive board Robert Buchbauer, “Our goal is to reduce packaging by 80 percent by the end of our anniversary year, but this initiative is both environmentally responsible and perfectly in tune with our founder’s philosophy.” Buchbauer is also the great-great-grandson of company founder Daniel Swarovski, and founder of the company's 2009 men's and women's watch division. When interviewed by Forbes on the innovative new tech that Swarovski is adopting, Buchbauer responded by saying, “Using technologies to our best advantage is part of Swarovski’s DNA. Since 1895, Swarovski has been using hydroelectric power from nearby rivers to manufacture the highest quality crystals, natural gemstones, lab-created diamonds and lab-grown colored stones. Our founder, my great-great grandfather Daniel Swarovski,” Buchbauer explained further, “started his crystal-making business in Wattens because of its proximity to rivers which are sustainable energy sources.” “Daniel was into renewable energy and sustainability decades before such concepts resonated in mass consciousness,” Buchbauer said regarding the question that his ancestor was an environmentalist during his time. “We remain inspired by his intuitive and artistic way of working with nature to create luxury goods that add sparkle, value, and charm to everyday life.” 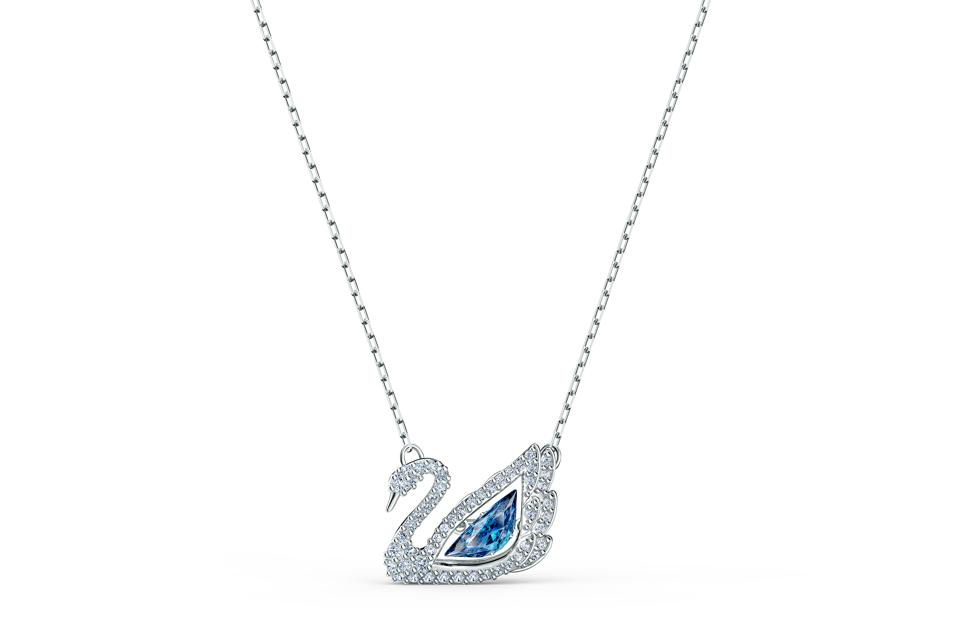 “Swarovski pioneered the creation of the highest quality, most consistently precise and uniform crystal gemstones over 100 years ago,” according to Kris Ciulla who is the VP of design and sales at the New York-based jewelry company Ciner. Ciulla has been working with Swarovski crystals for over twenty years, saying about the Austrian heritage brand, “With their beautiful colors, myriad shapes and technical perfection, Swarovski crystals helped revolutionize the jewelry and fashion industries, thus assuring Swarovski’s prominent place in the history of applied arts." Swarovski's Duo Moon and Star fashion jewelry have been recent additions, playing with celestial themes.