SIHH Watch Fair Reinvents Itself And Opens To General Public

While the SIHH was previously known as a Swiss watch show with a primary focus on trade, working to compete with Baselworld, they have all but completely reworked their brand. The tradeshow stood as a high-end bastion for watchmakers and people involved within the craft. However, the newly renamed Watches & Wonders will begin a new program in 2020, allowing the general population to join in on the fun.

This Geneva-based fair is a five-day event with an option for members of the general population to purchase passes into the tradeshow section, now called the Salon. Consumers must pay 300 Swiss francs (approx. $300) to enter the Salon and will have access to panel discussions, workshops, and special itineraries drawn up by the organizers. Also, one can't forget to mention the thirty additional high-end brands that will be on display.

“It’s no longer just a show with products in the showcase,” says Lupo “It will be a completely different experience. It’s about bringing in a new audience, new content, new ways of talking about fine watchmaking.” 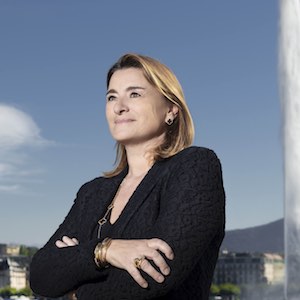 “The idea is to have a festival in the very center of Geneva,” Lupo continued. “Until now, no public event around time measurement ever existed in Geneva, which was quite surprising since Geneva was the cradle of watchmaking. We want to showcase fine watchmaking, show the expertise behind the timepieces, and target a new audience, especially the young generation and millennials who are not necessarily interested in wearing a watch. It is really our objective to reach out to them.”