Romanian-born footwear designer Ancuta Sarca made her London Fashion Week debut in 2019. Now, she is back to show off her Spring/Summer 2023 collection. In an interview with HypeBae. Sarca discusses her inspiration for her latest showcase and more. 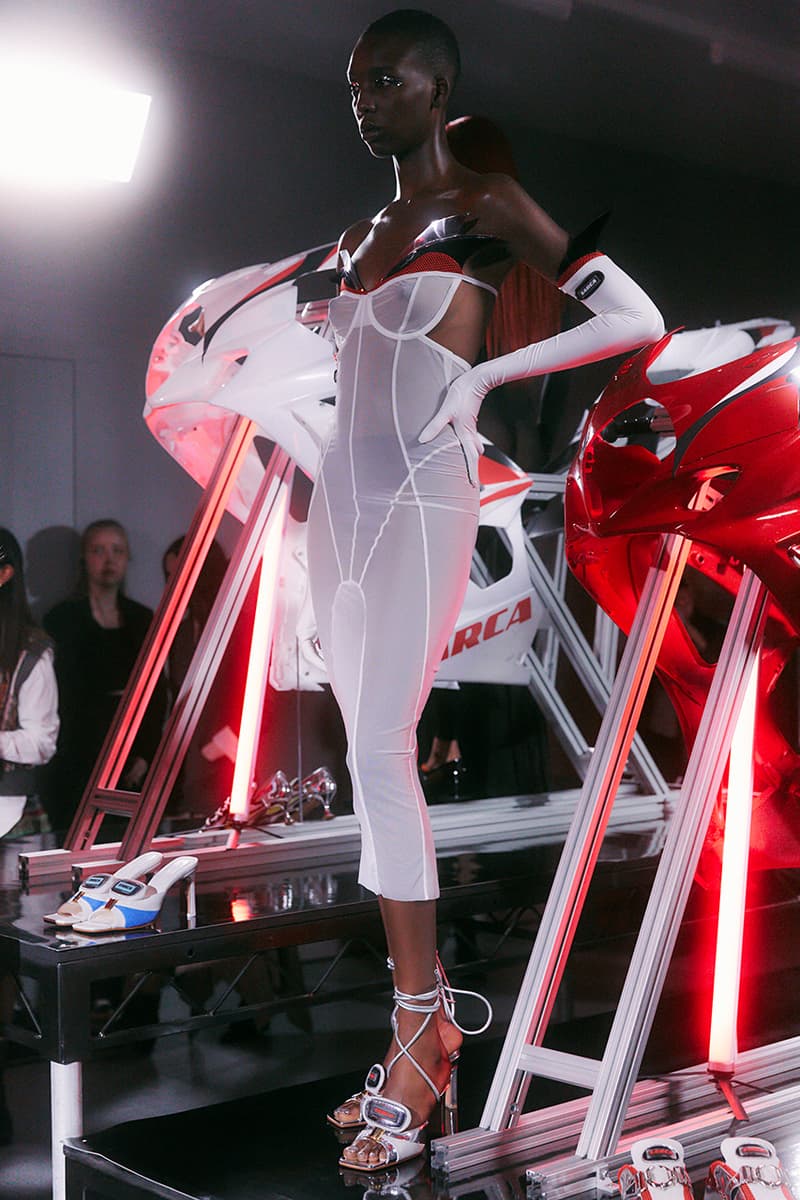 When asked to describe this season’s showcase, Sarca said, “When I started, I was looking a lot at Formula One cars and drivers’ outfits, like Bentley from the ’70s, and I was reading a lot about this female driver, who was the champion. I was just so inspired by how empowered she was and how she stood up for femininity in this really masculine industry of cars. Everything I do is from such a feminine perspective so I really tried to push the boundaries between masculine and feminine by using masculine shoes on heels, and recycling shoes from more extreme sports, which are usually associated with men. I really tried to put that into a very feminine context. This is just a more mature and intimate way of doing that. That’s always been the core of my brand, but I think for this collection we really pushed it forward.” 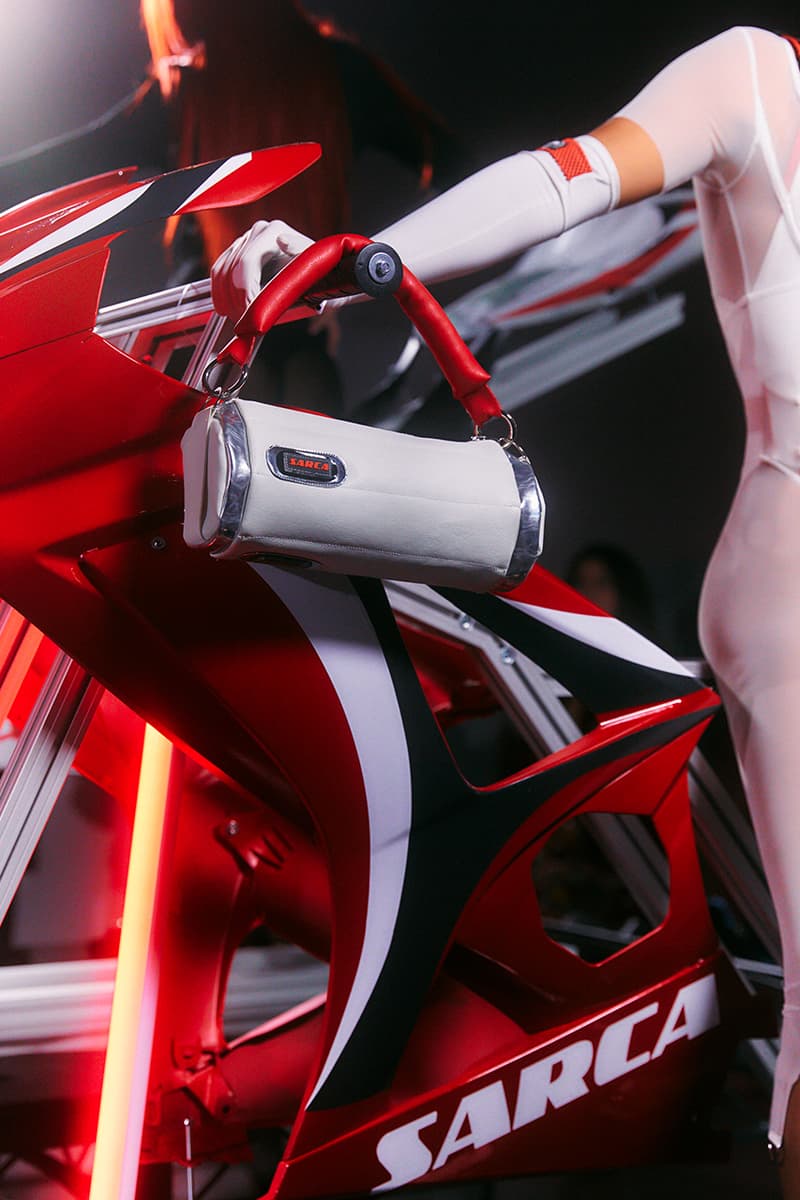 When asked about her latest introduction of menswear styles and how they came about, Sarca said, “Now it’s unisex and I just felt like I wanted to explore other aspects and see the designs on different bodies. There are a lot of male bodies that are also feminine, so I don’t want the body to be a restriction. From that point of view, I’m not talking about the body when I say feminine and masculine, it’s more about the sense of something.” 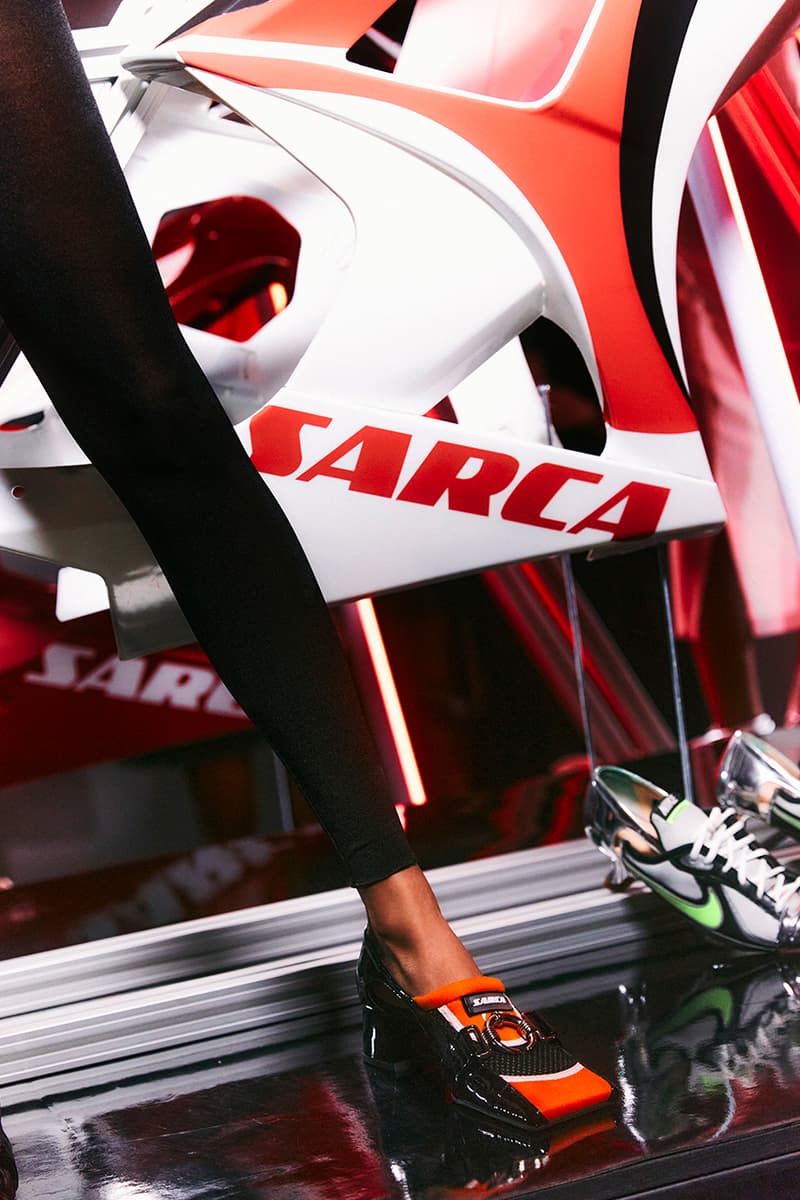 The 2023 collection will feature two collaborations with SKIMS and Vans. When asked to talk more about how those team-ups came about, Sarca said, “Vans was something that came about because I was looking at a lot of Formula One and saw all these checkerboards, and I just associated that so much with the checkerboard slip-on. I think it works really, really well in this collection. With SKIMS, I knew I wanted to create clothes, but not from scratch. I wanted to use deadstock materials and it seemed like an interesting idea to use something that’s typically really soft and turn it into something very fierce and powerful. With these insertions of geometric and metallic materials, it’s a huge contrast. We used a deadstock scheme and some of the [fabrics] had defects, or they were just leftovers, and we just reconstructed them into other pieces.”