Parts of Rihanna's latest jewelry collection features "a new more contemporary heroine" at the center. The celebrity's most recent addition of cameos is an echo from her public appearances, where she is often seen wearing a black and white cameo ring carved by designer Jacquie Aiche. Rihanna's line of Fenty jewelry includes pendants, earrings, and pendants dressed in a flourish of pearls and crystals from Swarovski. 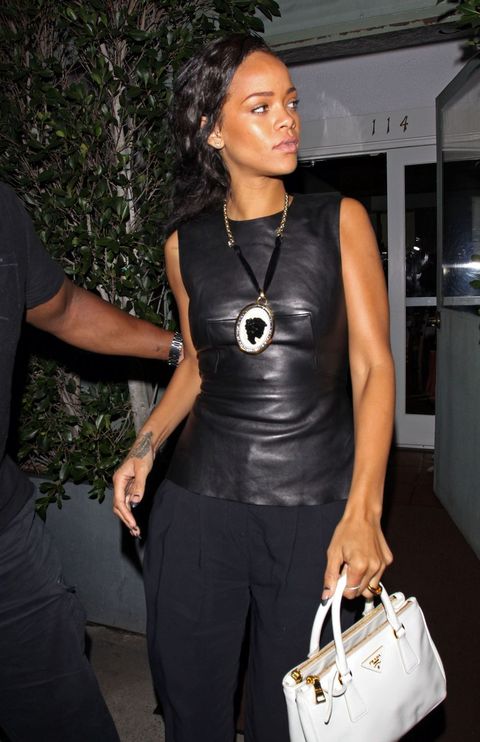 Also, the cameo pieces are made from glass and black resin, created as a collection of "family portraits" by photographer Ruth Ossai. Ossai is based in Yorkshire and was raised in Nigeria.

Thomas Holman is the director of Wartski, a curated collection that is often known for their creation of royal wedding rings for Charles and Camilla and William and Kate. He had some positive things to say about the current resurgence of cameo jewelry. He spoke on the history of such pieces, saying that "Cameos are born out of the traditional of the intaglio, which races back to ancient Mesopotamia. In the Hellenistic period, we begin to see that art evolve into the cameo as an artistic endeavor, as portraits of notable figures rather than for purely practical purposes."

"Leaders often had cameos of themselves made and then offered to their most loyal supporters as thanks and also as a badge of allegiance," he explained further in his interview with Town and Country. "Elizabeth I did this often as did George IV, and it was all seen as prophetic. If a carver began working on a stone and a profile emerged out of the agate that resembled the leader, then it was meant to be, it was always there." Wartski is also known for their Faberge pieces as well as rubbing elbows with Russian royalty.

Rihanna's Cameo collection from Fenty has a bevy of new and luxurious pieces that can be purchased on the Fenty website. The Cameo Earrings run for $530 while the Cameo Pendant and Broach are $410. Last, but not least, Fenty's Cameo Ring is on sale for $340. One can only imagine what the future of jewelry holds with such magnificent emulations of past fashion.