Mission Of Designer Ulla Johnson Is To Make Future Heirlooms

Designer Ulla Johnson has been a traveler since her childhood. While she was born in Brooklyn, her two archaeologist parents (who met during a Mesopotamian artifact dig in Yugoslavia) would bring her along to places like Iran and Germany. Johnson's mother would often collect textiles and jewelry while abroad, giving her daughter a love of worldly artisanal crafts and rare objects.

“I’ve always believed that things made by hand carry an emotional weight and spiritual energy,” said Johnson in an interview with NY Times.

After graduating from the University of Michigan from a major in psychology and women's studies, Johnson moved back to New York and began taking classes at the Fashion Institute of Technology. In 1998, Johnson launched her brand with the intention of providing families with future heirlooms. Below are a couple photos of heirlooms that shaped Johnson's life: 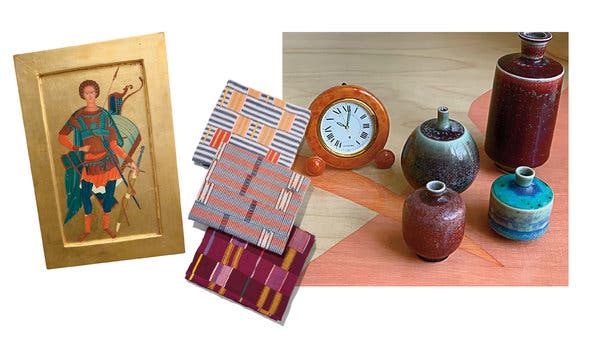 “My mom is incredibly artistic," said Johnson of the Left image. "She painted these  icons of saints and later ended up becoming a restorer of paintings — she even worked on a few by great masters, despite not having had any formal training. Her icons hang in all three of my children’s bedrooms — I like to think of them as our protectors.”

Right: “More and more, we’re incorporating handmade African fabrics into our ready-to-wear. I got these textiles in Kenya in October, though they’re actually Nigerian strip cloth, which comes in infinite patterns. I keep them in a basket I got from a Ghanaian weaving group called Baba Tree — it has a sort of undulating shape and was left purposely undone at the edges so that it looks to be unraveling. I find a lot of  in things that are imperfect or unfinished.” 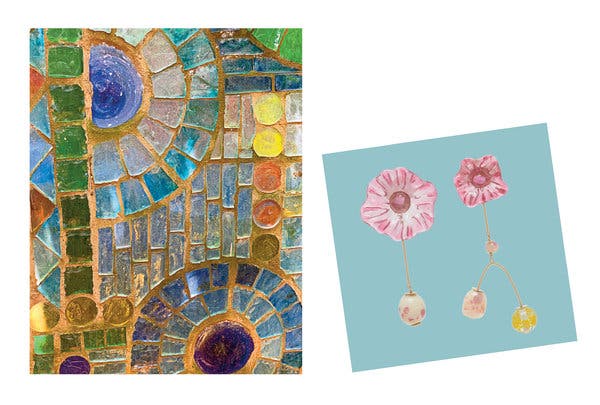 “For spring 2020, we worked with a glassblowing organization outside Nairobi, run by an expat named Nani Croze, to make handblown asymmetrical earrings with glass beads and florals (right). Nani has been able to  a living wage for a lot of locals and has even created the first Rudolf Steiner School there. Here, you can see one of the collective’s amazing mosaics (left). When I was in the workshop, monkeys came in through the roof and thought the glass beads we were working with were candy — they were throwing them all over the place.”

Renowned Hollywood Fashion Stylist On Trends And Her 30-Year Career

In an interview with WhoWhatWear, fashion industry legend Rachel Zoe...

In an historic move, LVMH has further secured its position...