Miami Heat Power Forward On His Obsession With Sneakers

In an interview with Esquire, Miami Heat power forward, P.J. Tucker talks about his unrivaled sneaker obsession and when he first became infatuated with footwear.

"I don’t necessarily feel any sort of way about it. It’s just something that people came up with a few years back, and it just sort of caught fire," said Tucker when asked what it's like being the NBA's most renowned sneaker connoisseur. "People, from all the stuff that I wear, talk about it. It’s more of that than anything. I would never call myself that. I think it’s silly. But it’s fun, and it’s funny, to hear people every day, everywhere I go, say that. Continuously. All day. Every day." 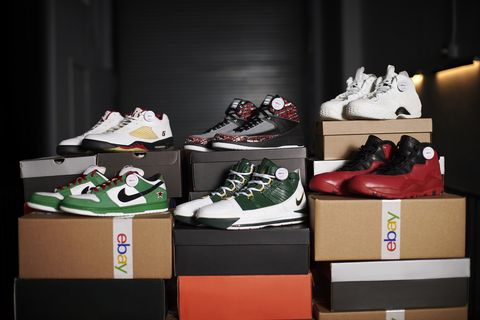 When asked how he first got into sneakers, Tucker said, "Just playing basketball. My own life. It just went hand in hand. As a kid, my first pair of shoes was “Chicago” Jordan 1s. It was just me. [Laughs] Between my mom and god, it was just like, “Yeah, he’s gonna play basketball and he’s gonna love sneakers.” It was just automatic. It’s all I’ve ever known. Especially growing up in the early ‘90s, Michael Jordan was everything. Being from North Carolina, Carolina was like going to the League for me. That was my biggest dream, to be one of those guys and do that and wear the uniform and the sneakers to match. It was just a thing…waiting in the morning for sneakers so I can wear ‘em to school that day. It was the fabric of P. J. Just what I did." 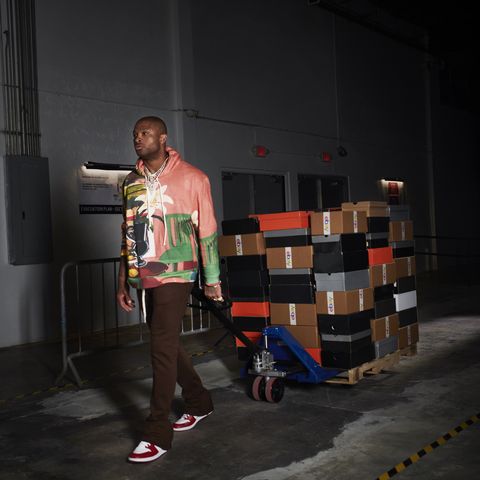