Jewelry Designer On Her Designs, Jewelry And Working With Mejuri

In an interview with Harper's Bazaar, Jenna Lyons discusses her jewelry style and designs amid fronting a jewelry campaign with Mejuri.

When asked how she typically styles her jewelry, Lyons said, "It’s an interesting question because I realized at some point in my trajectory, I started to get photographed more frequently. I had grown up with this idea of constantly changing and wearing costume jewelry for the look. Not that I don’t still do that. But because I was photographed more frequently, I found that I was feeling more confident when I anchored myself in something. So that became my glasses, I always wore the same pair of glasses all the time. I started to wear my hair back all the time. I wore these things that became consistent and it made me more comfortable. I found that that also happened in my jewelry. I used to wear a ton of jewelry and I also dated someone in the jewelry industry so I was constantly being gifted tons of jewelry. Now, I’ve really gotten down to a few key pieces. I wear a watch that never tells the time but I love the history of the watch. I wear a signet ring that I had made for me, and I’ve been wearing it for years. But I never wear it on the same finger."

When asked about the biggest lessons learned during her career, Lyons said, "One of the best lessons I’ve learned is people are often just scared of change. And for whatever reason I was always really excited about change and ready to try something new. Sometimes I’m scared, or I try things and it doesn’t really work out so well, but having that experience of trying a lot of different things and having the world not fall apart has allowed me the confidence and openness to try other things and not have expectations going in. I’m also realizing that the core tenets of doing something well are the same across the board. It’s like: trying to listen, do the best job you possibly can, do your research, really try to show up." 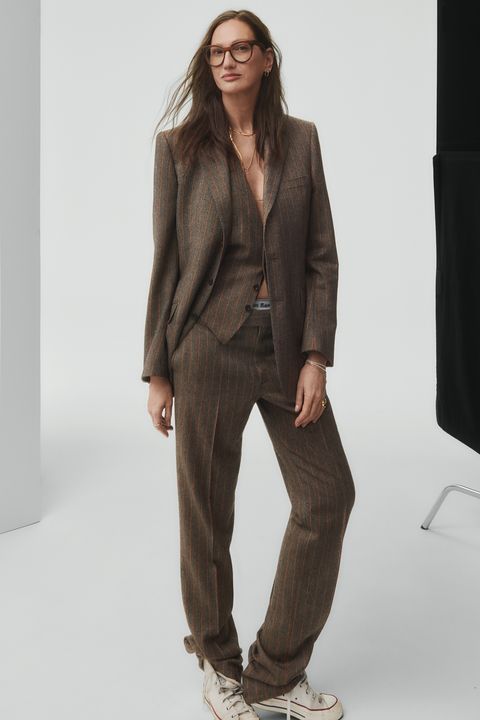 When asked what drew her to signet rings in particular, since two of the three pieces are signet rings, Lyons said, "A couple things. My father is British and everyone in my family on his side of the family has always had signet rings. And I realized it was very rare that women had them. It was always the men. If you go back in time, they were used often as a signature by the clergy and people of faith. The most powerful people in the community were often the clergymen and they used signets as a seal on their letters. They’ve got this rich and dramatic and pompous history, but at the same time can be worn in a totally different way. I stack them, because I like that idea that you can collect them. I also wear other peoples' or give them to other people."