Direct-to-consumer fine jewelry brand AUrate closed $13 million in Series A funding back in June and is creating more shops as a result. Their two pop-up shops in New York City have become permanent locations. The amount of money received is also the largest round of Series A funding that has ever been gained by a brand of fine jewelry. Their initial pop-up shops appeared in both SoHo (1,242 square feet) and Madison Avenue (916 square feet) for a trial run, but now AUrate can look to the future with their newly established locations. 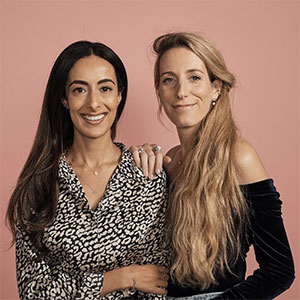 Both of the stores include three rooms with each focusing on a particular aspect of the brand. The first room is meant to show how the company produces the stones within their jewelry, retrieving them from an ethical source. The second room deals with the manufacturing, and the craftspeople that create the jewelry by hand at the NYC locations. Finally, the third room is primarily focused on the "AUrate woman."

The relatively new jewelry brand was established only four years ago by millennial co-founders, Bouchra Ezzahraoui and Sophie Kahn. Most of their sales (80%) are conducted online.

“We’re testing the way our customers will react with visual merchandising and the sales ,” says Kahn in a statement to JCK. “And we’ll find out what they’re looking for…we’re able to make changes as we go.” She continued, saying that “We decided to make a statement about what we’re about. So instead of focusing on women who are looking sexy…we’re showing women doing their thing. We’re showing  doing whatever they do. [Fine jewelry] doesn’t have to be this precious product. It’s women lying on the grass, hailing a cab, just living their lives. That’s what the campaign is about.”

Co-founder Ezzaraoui chimed in, echoing the brand's mission of empowerment and ethically sourcing their product to devoted customers.

“The customer told us, ‘We come to you for the product and the price point,’ ” Ezzahraoui said. “Then they like the whole story—the inclusivity of the brand and the democratic way of buying jewelry. And emotionally it makes you feel good: You get something really high quality, but it’s ethically sourced…and you feel like you’re part of this community that’s empowering women. When you leave the store, it just feels good. And that’s what we’re trying to do with the stores.”