Israeli Fashion Designer On His Documentary And Life In The Industry

Israeli fashion designer Elie Tahari's story in the fashion world begins in New York City, where he arrived in 1971 with $100 in his pocket. As of now, the mogul has achieved his dream of entering the fashion industry, initially popularizing the tube top and many more items. In an interview with Elle, Tahari discusses his Sephardic roots as well as the upcoming documentary of his life.

When asked why he decided it was time for a documentary, Tahari said, "The truth is that I always go with the flow. When the opportunity arose, I said “yes”—I didn’t say “no.” When [director and producer] David Serero heard my story, he got very close to me and said, “I make movies.” He had no backing or financing or anything; he did the whole thing himself. He filmed, he directed, he put the music to it. He’s multitalented, and I’m very proud of it." 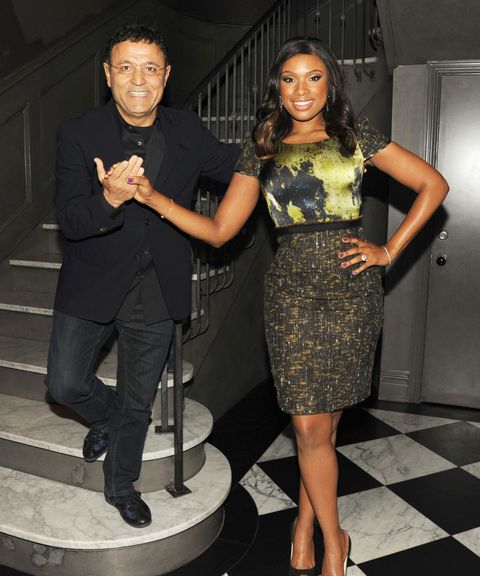 Tahari was asked why he had a Bar Mitzvah at the age of 42, to which he replied, "Well, I grew up going to different boarding schools. When I was 12, I was a bad boy, and at one school, I broke into the laundry room and picked out clothes for all my friends. They asked me to leave, so I went to another boarding school. They had already had the bar mitzvahs [there], so they forgot about mine, and I never had one. Then one day, I got up very early to pray [at the synagogue], and the rabbi asked me if I had a bar mitzvah, and I said “no.” He said to me, “This Saturday, you are being bar mitzvahed.” And that’s what happened. No party."

When asked about the biggest challenges he'd faced in his career, Tahari said, "When we had to close the company 30 years ago. Ten years after we started, we lost everything because I was a poor operator. We started a whole new corporation, Tahari Ltd., and went back to business. That just grew and grew and grew."

When asked about his Sephardic background, Tahari explained, "My father used to have a fabric store in Tehran, and because he had a mezuzah on the door, someone lit the store on fire and he lost everything. So we came back to Israel. My mother also had epilepsy, and she couldn’t take care of us—there was no medication at the time for it. When she was 40, she had joy and nahas, which means “satisfaction from your children.” In Persia, you should see blessings at the end of your life—it doesn’t matter where you start, how you start, or what you’ve been through. I always try to teach my children humility, appreciation, and [to] always be giving. It’s a good example from my past."