Famed fashion designer, Giambattista Valli is challenging the conventions of menswear with his latest collaboration with H&M. The Italian-born French couturier had garnered previous attention for being iconoclastic. One such example was when artist Rihanna wore one of his gowns during the 2015 Grammy awards, a piece W Magazine called: "a dramatic pink gown fresh off the Giambattista Valli Spring 2015 couture runway and Chopard jewels." Rihanna clearly wanted to make an outstanding impression on her return to the award show, having opted out of attending the year prior.

However, Valli's answer to the giant pink dress comes in the form of gender-fluid menswear, a collection that was done in collaboration with H&M and has been on sale since last week. “It’s something that [was always] very in the back of my mind,” said Valli during a  call from his Paris atelier last week in a talk with GQ. “But you know, it was great to have this occasion to  to understand: who’s this guy next to this girl—her best friend, or boyfriend, or gay friend, or anything.” Valli said that the team-up between his brand and H&M had created “a great possibility to do something unexpected.” 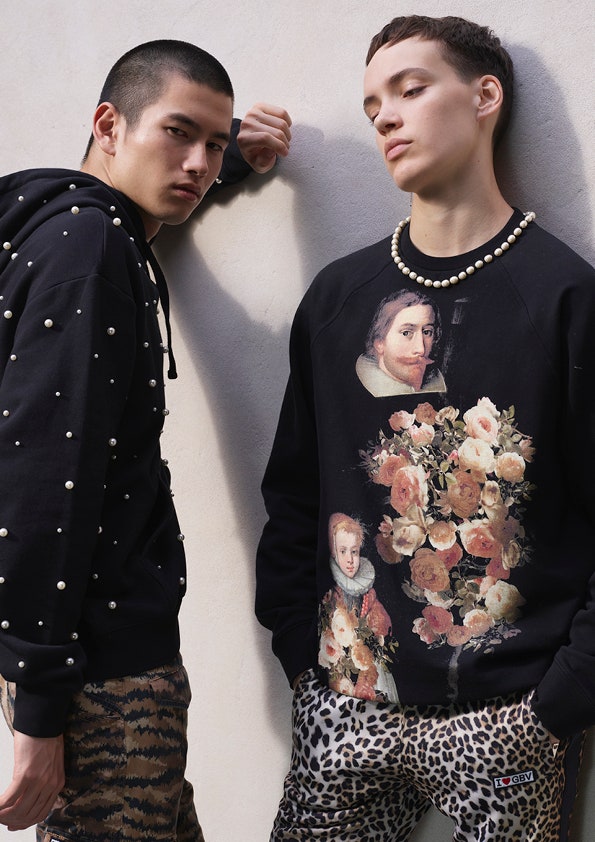 Among Valli's designs, the menswear collection includes a Dutch Masters-inspired sweatshirt, combat boot-esque shoes as well as studded creepers. “He could skate, or he could be an artist,” said the designer of the potential shopper. His initial inspiration for the collection was Kurt Cobain's wearing of Courtney Love's slipdress, saying that “I thought that was so cool. I knew it would be so cool to have that kind of expression.” 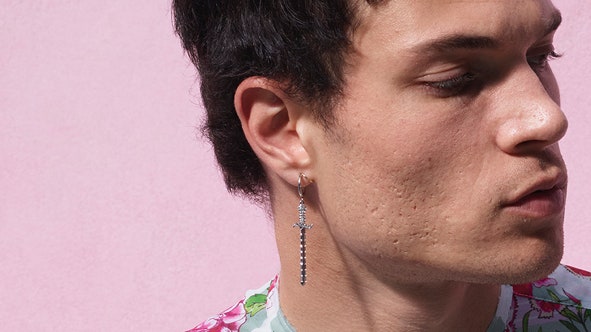 In addition to some new threads, Valli incorporated a string of faux pearls into the mix, which is in reference to the look he's been sporting with black t-shirts throughout his career. He began wearing them in the 90s.

“And I have to tell you, 15 years ago, if I was sitting next to someone with a ton of piercings, in a public place, for sure all the people were looking at me with the pearls,” said Valli, continuing the statement of a lesson learned that “it can be the most boring thing, like this single [string of] pearls, but you [do] an unlikely way to look at it and it becomes extraordinary.”