Now that Avengers: Endgame is officially out, Marvel fans are showing up to see the finale of the conflict between Earth's Mightiest Heroes and the sociopathic Thanos, who (SPOILERS) erased half of the Marvel Cinematic Universe with the snap of his fingers. With Thanos in possession of the all-powerful Infinity Gauntlet and every Infinity Stone, it seems as if he's now unstoppable. 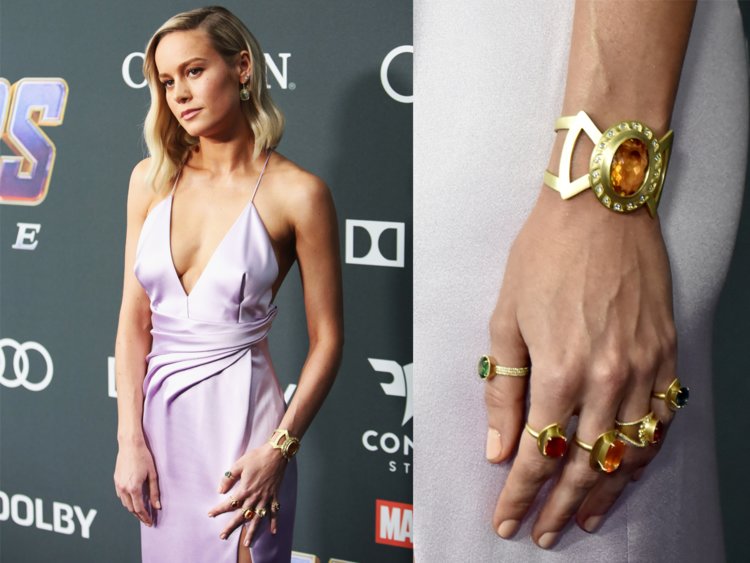 The premiere of the MCU's latest cinematic venture became a classy affair, with stars walking the red carpet dressed in Marvel-themed regalia. Two of the most appropriately dressed included both Scarlett Johansson and Brie Larson who play Black Widow and Captain Marvel respectively. 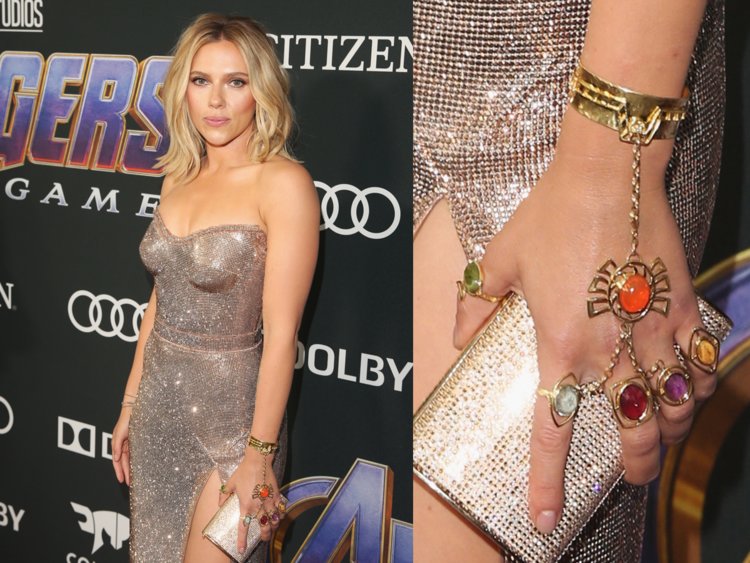 Both actresses showed up wearing Infinity Stone-inspired jewels, mimicking the ones cradled within their Gauntlet. Larson wore her piece designed by Irene Neuwirth, while Scarjo donned a custom-made hand bracelet by Sonia Boyajian. Catch these stars in the newly released Avengers: Endgame.